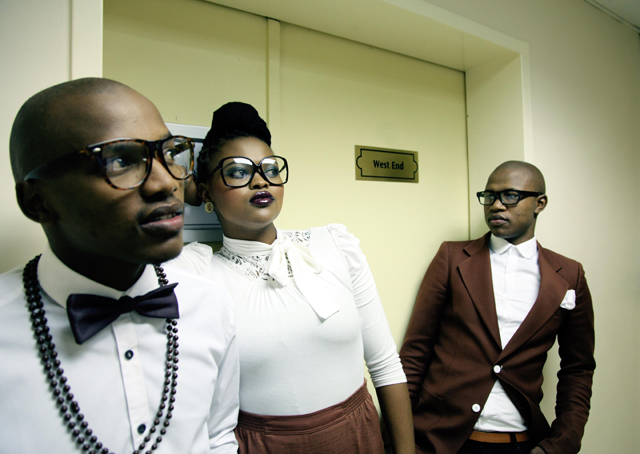 The Group:  Meet the SATMA award winning group for Best Afro Pop album “The Soil”.  A 4-member acapella singing group whose music can best be described as ‘Kasi Soul’. The Soil strives to fuse their voices to deliver melodic and harmonious messages that are aimed at uplifting and healing souls all around the world.

The first member of the group exists in a spiritual form as The Creator of all. The other three members of the group take a physical form: Buhlebendalo Mda, Luphindo Ngxanga, and Ntsika Fana Ngxanga, who are occasionally also supported by two backing vocalists, Asanda and Tshwarelo.

THE SOIL – THE ALBUM

The Album & The Music: Already sold over platinum, this self-titled album by The Soil bears testimony to the fact that God created man using soil and thousands of years later he gave a voice to The Soil.  It is through this belief that The Soil invites you to listen with your ear on the ground as you might hear the sound.

Defined as Kasi Soul, the group’s music features (in a contemporary township style), an eclectic mix of musical genres such as jazz, hip hop, Afro-pop and Afro-soul).  The group’s musical style is evident in its rhythmic vocal bass line, with constant beat boxing – a distinct feature in the music – whilst the remaining voices contribute to the choral and polyphonic accompaniment.  Equal and up to the challenge, each of the group members take turns in solo vocal performance to display their most beautiful rendition of the melodic verses embedded in each song.

The album is a reflection of the group’s aspiration for a world full of joy, hope, faith, goodwill and love – a message carried out with each performance and each song.

The Journey: This album is a culmination of years of dedication, hard work and a passion for the art. In the past 7 years The Soil has graced stages of the most renowned events such as the Standard Bank Joy of Jazz, Grahamstown Arts Festival, Jazz by the River, as well as theater stages of the Nelson Mandela Theater as well as the Catalyst Theatre in Cape Town. The Soil has staged their own campus tours at university campuses around the country with a capacity of more than 1000 fans per venue, has more than 198.000 fans on facebook, has been on top 20 SA music chart at Musica stores around the count.  The Soil’s track from the debut album  “Sedilaka” is featured as a soundtrack on the movie titled Dark Tide staring Halle Berry. They have recorded all the songs on a SABC 1 sitcom called “My Perfect Family”, performed on 6 shows as opening acts with the renowned group Freshly Ground on their tour of 10 year Celebration and recently performed on the 15 March 2013 at the Africa Now festival at Apollo theatre Music Cafe in New York

In August 2013, the soil will grace stages at the Edinburgh Festival in the UK.

It is through this journey that The Soil strives to be a household name and a global brand imprinted in the hearts and minds of those who aspire for a better world.