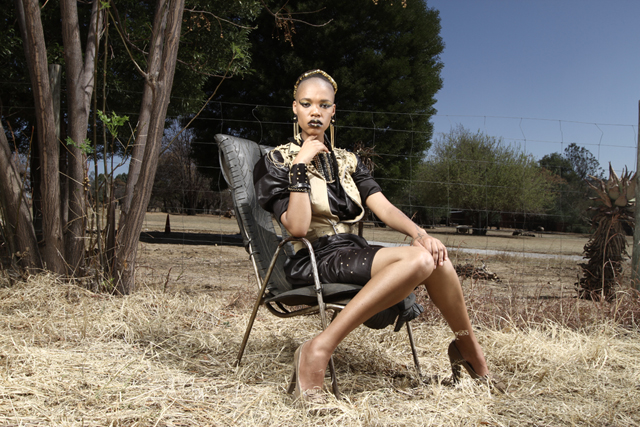 Cama Gwini is Native Rhythms’ Afro-Rock female artist who represents everything Native. Brave and daring with an imposing Nubian-looking stature Cama Gwini’s soulful and ancestrally textured rocky voice breaks into a trance driven by divine intervention in an uncompromising attitude and conviction to her Xhosa and true African heritage.

Since the release of her debut album late 2007, Cama Gwini has received accolades and recognition by the music industry and the public at large. Nominated for 2 South African Music Awards in 2008 and Channel Music Video Awards, and recently 2013 MTN SAMA Awards Nomination for Best Adult Contemporary African Album proves that she is a power to be reckoned in the industry.

With her new Re-Birth album, and under the stewardship of Jonny Joburg her new album producer, Cama Gwini shows a distinct and deliberate move towards a sound that is more global, pop rock and yet soulful and smooth. Her African pedigree is still evident in her vocal improvisation and sparse chants that always seem to sneak in a manner that will inspire graceful dancing that is courageous and liberating at the same time.

For Native Rhythms, this is a return of the prodigal daughter, who’s been there and back. After years of self-imposed musical exile and a cry by the fans that just cannot be separated from her, Cama Gwini has responded to her musical calling with absolute clarity in her intent and determination to claim her space again.

Cama Gwini will stop at nothing in ensuring that her presence, both in the physical and through her vocal delivery of her new sound but Afro-rooted music, is felt throughout the music world.