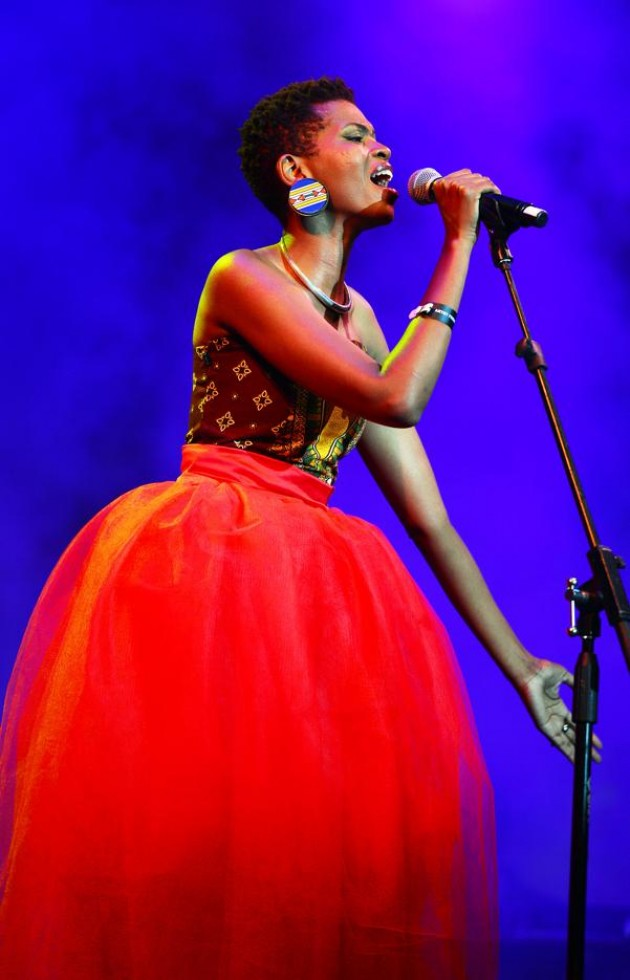 “It is a great honour to be performing at the Cape Town International Jazz Festival – it’s not every day that a developing artist such as me performs on the Basil “Manenberg”Coetzee stage ahead of Kirk Whalum, while Jill Scott is preparing to go on stage after my show over at Kippies. I know I will surprise a lot of people; they must just come and see us do ourthing. My set takes me back home – you know those mornings when you wake up in PE and the sounds of Winston Mankunku and Ella Fitzgerald greet you as the first sounds you hear while another neighbour plays Mbaqanga – I plan to have a lot of percussive and soulful elements in the music, and will include a tribute to some of the artists that have influenced me musically and spiritually.”

ISABEL NOVELLA PERFORMED AT THE ATLANTIC MUSIC EXPO ON THE 10 APRIL 2013 AME IN PARIA, CAPE VERDE
Isabel Novella’ and her record label Native Rhythms Records were delighted that she selected to showcase her music in a country that produced the late internationally acclaimed Cesaria Evora and Sara Tavares, one of the new generation of artists emerging from the Cape Verde Islands, off the Portuguese coast.

Isabel was backed by a 3-Piece band from Cabo Verde comprising Drums/Percussions, Bass and Piano.

“First and foremost I want to reach and touch as many people I can with my music and message. I’ve been fortunate enough to see much of the world, and can’t wait to see the rest & share my music & visions” – Isabel Novella 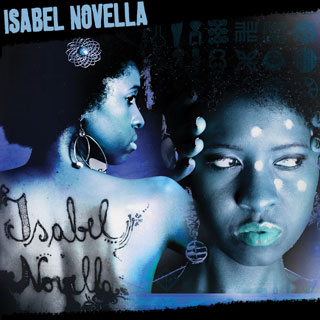 Isabel Novella was signed by Sipho Sithole of Native Rhythms Productions almost a year to the day, and since then has released a 4-track EP (May 2012) containing the single ‘Moya’ which is currently enjoying airplay on Metro fm, and was in the Top 10 most played tracks on RDP Africa for several weeks upon release.

After a good 2012 performance circuit season where Isabel Novella (Mozambique) featured prominently at the Road to Joy of Jazz, Buyel’eKhaya, and Ugu Jazz Festivals – she was ready to complete the recording in time for the launch of iTunes SA (Dec 2012).

Having developed a significant local following since the release of her EP (25 May 2012), and the launch of her EPK ( 1 March 2013), fans will be pleased to know that the album, Isabel Novella will be available in stores from 20 May 2013.

Isabel Novella’s music opens up to world of sounds that please the senses – a blend of Afro-pop-soul-bossa-jazz differentiated by her distinctive vocals. Listen to single ‘Moya’ and view her EPK – Introducing Isabel Novella

Last month Isabel Novella performed in Praia, Cape Verde at the Atlantic Music Expo to an international audience who experienced first-hand the artistic brilliance of this Mozambican sensation. Already her music is being well received in Portuguese language speaking countries including Portugal, Mozambique, Cape Verde , Guiné-Bissau and São Tomé.

With a growing local and international live performance schedule, Isabel Novella will travel to Europe from 29 June till 29 July 2013 where she will promote her album in over 4 territories including Portugal, Holland, Germany and France.

Two performances are planned for South African audiences next month – SkyRoomLive on 22 June and a performance at The Bassline in the same week.

To book an interview with Isabel Novella who will be in Johannesburg shooting her first music video for ‘Moya’ this weekend please contact maria.hadjidimitriadis@sonymusic.com or velile@nativerhythms.co.za